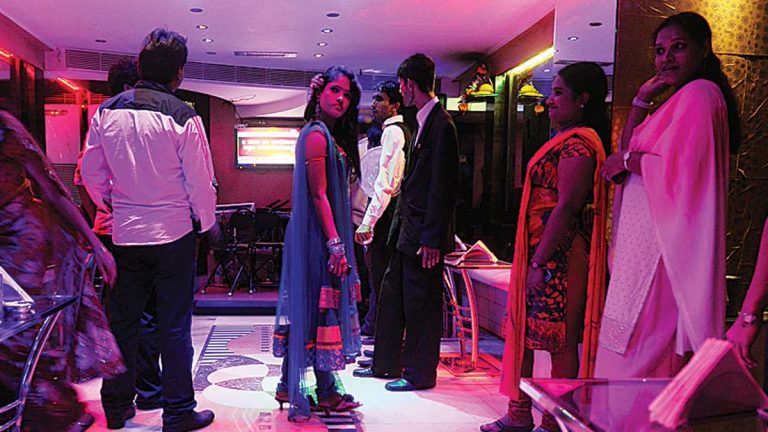 Why the dance bar ban had to go

Fifteen years after the Maharashtra government decided it wanted its bar girls to dance no more, the recent decision of the Supreme Court in Indian Hotel and Restaurant Association v State of Maharashtra has delivered the reassuring message that liberal winds continue to blow through the fair corridors of the Supreme Court. Let’s celebrate the eclipse of this retrograde piece of legislation.

Back in August 2005, in a fit of moral rectitude, the state banned the ‘holding of a performance of dance, of any kind, in an eating house, permit room or beer bar’. It made an exception only of ‘elite establishments’ presumably on the ideological assumption that the rich were incorruptible! In the result, reportedly 75,000 girls working in some 700 establishments together with twice as many men lost their jobs.

Not all of them were destitute women exploited by rapacious men. Celebrated bar dancer Tarannum Khan, whose Versova bungalow was raided by the Income Tax department in September 2005 for tax evasion, is said to have earned on average ten lakhs for eight hours of work. Abdul Karim Telgi, the main accused in the fake stamp duty case, once rained Rs 93 lakh in crisp notes on Tarannum in a single night.

The case found its way to the Supreme Court. In 2013, the court agreed the ban was unconstitutional. The state government now reacted by creating a new law purporting to ‘regulate’ the industry featuring rules so stringent that not a single license was issued. Once again, the Supreme Court was asked to rescue this art from the clutches of the neo-con moralists.

To understand the court’s decision, it may be important to understand what actually goes on at these bars. For a start, bar dancing differs from western erotic dancing in that clothes never come off and the best you can hope to see is a bit of back or belly and a lot of bare arms: that’s considerably less than you would at a big fat Punjabi wedding. Bar dancers overwhelmingly wear normal everyday Indian clothes, revealing significantly less than your average belly dancer. Patrons cannot touch the girls without the bouncers swarming all over the offender. Unlike Bollywood movies, the girls almost never heave their bosoms or thrust their pelvis. In general, the girls just about sway lazily to Bollywood pop but should a patron choose to start chucking notes, the tempo of the dance rises with fleeting eye contact being the other main payoff! It is truly tame stuff, but there is this atmosphere of cigarette smoke and hooch laced with the vague hint of impending sin which is both cheesy and charming. You have to be pretty fundamental to see this as unacceptable sin!

With provocation so sparse, what was the Supreme Court to do but make a detailed examination of these ‘regulations’? Some presented no difficulty. The condition that a license could only be granted to an applicant who ‘possess a good character’ and ‘antecedents’ was trashed on the simple principle that a criterion to establish such credentials was impossible. The condition that a licence could not be granted to an establishment to ‘which a license for Discotheque or Orchestra has been granted’’ was rejected as irrational. That alcohol could not be served where the girls were dancing was held to be unsustainable. That licenses could not be issued to any place within a kilometer of an educational or religious institution was held to be disproportionate. That CCTVs had to be fixed at the entrance to such premises was held to be a breach of privacy. The judgment is instructive and there is much to be learnt about how the court now thinks.

Not Everything Is Hunky Dory

That said, several features of the judgment may yet give reason to pause. Two particularly attract attention. The Supreme Court has held that a ban on patrons showering currency notes on the dancers is justified because of its “tendency to create a situation of indecency”. Money can be given but it can’t be thrown, which really means that some lascivious fingers are now going to fleetingly touch the willing hand of a dancing maiden!

The larger problem though is the continuing ban on “obscene dance”, defined as one designed only to ‘arouse the prurient interest of the audience’ and ‘which consists of a sexual act, lascivious movements, gestures for the purpose of sexual propositioning’. Since these are subjective tests to be judged by undercover beat cops fresh off the bus from the rural hinterlands, dance bars will doubtless remain vulnerable to arbitrary behavioural standards. In practice, this translates into its attending risk of extortion at the hands of the authorities.

There is a larger dimension to this worry. The court’s failure to review the ‘prurient interest’ test is a significant departure from its recent push to make India a more open liberal modern society. An examination of the experience of a range of democracies in the 20th century reveals that the judiciary, in general, has largely been a moderating influence where the most extreme populist tendencies of the political classes have been tamed but not curbed by a reluctant judiciary seeking to limit the social disruption that attends all radical change. India has mirrored this experience. In the context of the ‘ageless’ India confronting an impatient polity seeking to re-engineer our society, the judiciary has tried to curb both the regulatory excesses of the overbearing left and the majoritarian obsessions of the ultra-right.

What has set the Indian judiciary truly apart in the last few years though is the seamless manner in which it has transformed itself from a force of moderation into a force of liberal modernism? It may well be a reaction to the crude majoritarian tenor of the times but that is not the whole story. In adopting the broadly liberal position on the right to privacy, decriminalizing adultery, gay sex, woman’s right to equality in religious matters (Sabrimala) and in personal laws (Triple Talaaq), the Supreme Court has become the leading voice of reform in a society both confused and obsessed with its ancient past. In that sense, the court’s reluctance to confront the ‘prurient interest’ test is a great opportunity lost which simultaneously is, for the Indian extortionist license-permit raj, an opportunity regained.