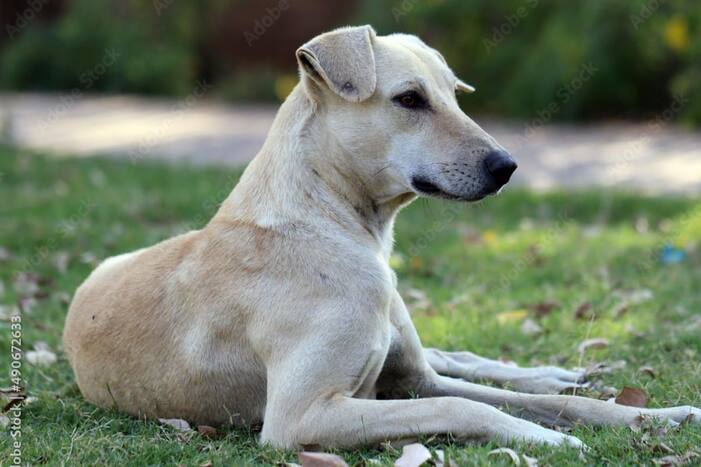 Should feeding stray dogs be banned?

Humans have lived in harmony with dogs for over 30,000 years. But what that means now is no longer clear. Animal activists have long argued that stray dogs have an inalienable right to life and food and no one should be prevented to feed dogs that reside in their communities. Others vociferously contend they have rapidly become a health hazard and should be placed in shelters where they may be adopted or euthanized.

In the ensuing outrage, the Supreme Court has been called up on to resolve this ideological divide. Should the law ban people from feeding stray dogs?

It started in 1960, when the government passed the Prevention of Cruelty to Animals Act (PCA Act), which was most concerned with preventing cruel treatment on animals rather than conferring any sort of quality of life on them. Cruelty, however, was defined not to include “the destruction of stray dogs in lethal chambers or such other methods as may be prescribed.” Thus, municipalities were empowered to euthanize stray dogs as part of their civic duty. The law did not specify the scope of these powers, when they may be exercised, or if people could support and cultivate a community of strays.

Spay as you go

This changed in 2001, when the government notified the Animal Birth Control Rules (ABC Rules) with the intent to gradually reduce the stray dog population. The ABC Rules classified dogs into ‘street dogs’ and ‘pet dogs’ and placed the welfare of the former on “animal welfare organizations, private individuals and the local authority”. The rules prescribed the constitution of a monitoring committee which was to oversee the sterilisation and vaccination of street dogs and resolve dog bite complaints. Local authorities were obligated to set up animal shelters and maintain dog squads to implement the directives of the committee. The incurably ill and mortally wounded were to be euthanised and the sterilized and vaccinated released back into the public.

While noble in spirit, academics are quick to point out that these Rules confer on dogs rights far in excess of those available to other animals, including endangered species such as tigers and elephants protected under the Wildlife (Protection) Act 1972. They also add that India’s current regulations have operated to increase animal suffering due to its poor implementation.

As a result, individuals and welfare groups have routinely approached High Courts for administrative guidance concerning the treatment of street dogs. In 2007, in response to a series of writs, the Bombay High Court issued directions to its municipalities to implement the ABC Rules. Remarkably, the Court directed authorities to ensure “strictly no feeding of stray dogs in public places including Beaches” (All India Animal Welfare Association & ors v. Brihanmumbai Municipal Corporation & ors) in a bid to deter proliferation. Activists believed that such directions went well beyond the mandate of the ABC Rules and naturally appealed the ruling.

In the meantime, several residents approached the Kerala High Court to deal with street dogs in their neighbourhoods, citing several instances of dog attacks on people and animals alike. One faction argued that these stray dogs need to be systematically removed and euthanized. Another faction offered that killing dogs as a means to control population is not a credible solution. They cited the World Health Organization which advocates systematic sterilization programmes and rehabilitation to people’s homes in place of mass killing.

In its judgment of 2015, the Kerala High Court took the view that human life will always take precedence over that of stray dogs and that “local authorities can exercise the power to capture and destroy the stray dogs” in accordance with the PCA Act and ABC Rules.

Equally, in 2020, the Allahabad High Court issued directions for removal of all stray dogs and cattle from the city limits ostensibly arising out of COVID-19 concerns (In-Re Inhuman Condition At Quarantine Centres And For Providing Better Treatment To Corona Positive vs. State). The Court later kept the order in abeyance in view of the pending Supreme Court case.

More recently, in 2021, when two neighbours in Delhi started fighting over the feeding of stray dogs outside their building, one immediately sued the other and asked the Delhi High Court to restrain his neighbour from feeding strays anywhere near their property (Dr Maya D Chablani v. Radha Mittal & Ors). While the matter was ultimately settled between the contesting neighbours, the Animal Welfare Board of India urged the Court to lay down guidelines for feeding of stray dogs.

In stark contrast to the Bombay and Kerala High Court, the Delhi High Court ruled that “Community dogs have the right to food and citizens have the right to feed community dogs”. The Animal Welfare Board in consultation with Resident Welfare Associations (RWAs) were directed to designate areas where stray dogs may be fed. Local authorities were directed to ensure that no harassment is caused to people feeding strays. RWAs were obligated by law to ensure that every community dog in their area has access to food and water in the absence of caregivers or community dog feeders. The Humane Foundation for People and Animals appealed the ruling, but the same was dismissed by the Supreme Court on the technicality that the judgment arises out of private disputes in which they have no locus standi and, in any event, the matter stands settled.

On October 20 this year, the Nagpur Bench of the Bombay High Court was equally faced with resident grievances concerning street dog attacks. The judges, while directing the implementation of the ABC Rules, ruled in support of Bombay High Court’s previous precedent “that no citizen and no resident of Nagpur and areas surrounding it shall feed or make any attempt to feed the stray dogs in public places, gardens etc.” In the Court’s view, people should feed dogs in their own homes, or not at all.

This view remains consistent with international norms. The Animal Welfare Act of Germany, for instance, bars feeding of any animals on the streets. Switzerland and Austria do not allow dogs to roam any streets under public nuisance laws. Such regulations equally exist in the UK and the US.

That safe public spaces are necessary for human society to thrive is not in doubt. How Indian society is to go about achieving this aim remains deeply polarising. Apart from the Delhi High Court ruling, all the foregoing judgments now find themselves before the Supreme Court, which is left to decide the constitutional validity of the ABC Rules and the manner by which they may be implemented. Vexed groups continue to litigate in the hope that one court or the other will set a precedent commiserate with their views.

The first victims of any divisive issue are always nuanced debate and thoughtful analysis. The law should remain unfazed by impassioned speeches by either side of the ideological divide. At the end, the Supreme Court will doubtless endeavour to see each claim in context and find a balance that would allow reconciliation between compassion for dogs and that of human lives.

Originally Published on November 09, 2022 in Bar and Bench