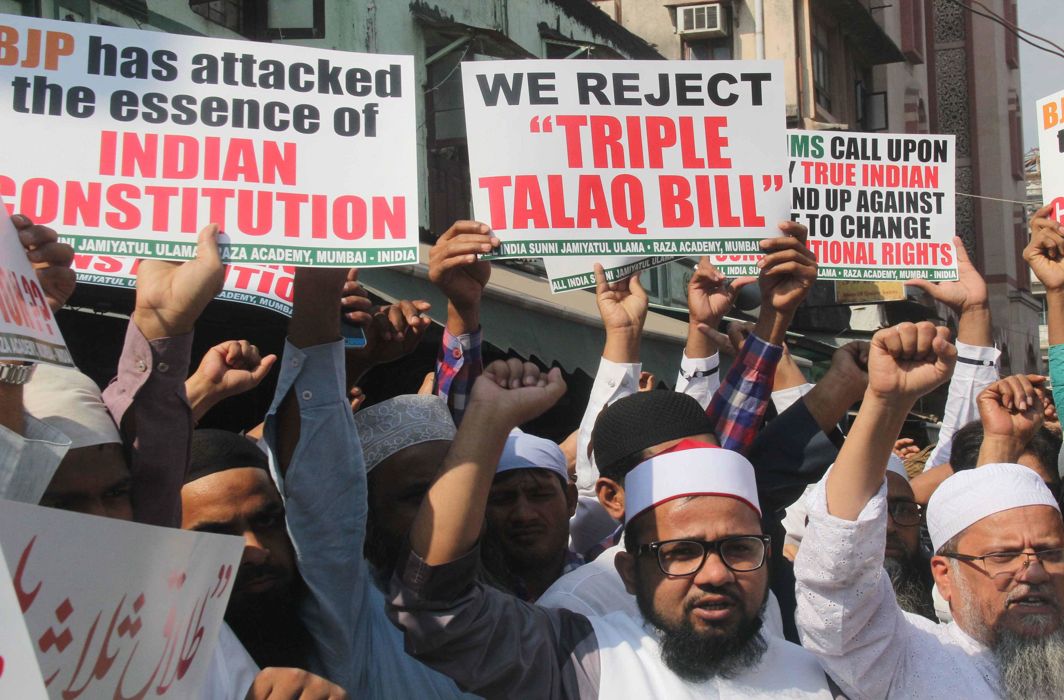 The Muslim Women (Protection of Rights on Marriage) Bill, 2017, reminds me of the doggerel about the Chaubay who went on to become a “Chhabbe” but came back a Dubey! There is grotesque irony in the idea that a law designed to provide security to Muslim women within marriage hastens the break-up of the marriage by sending the erring husband to jail! When the Supreme Court called upon the legislature to set up a law on triple talaq, creating a new class of criminals was not quite what it may have had in mind!

A little context would not be out of place here. Recall that a five-judge bench decided by a narrow margin of three to two in Shayara Bano v Union of India that the practice of triple talaq was unconstitutional. Justice Rohinton Fali Nariman (with whom Justice UU Lalit concurred) ruled that it was not “essential religious practice”. He then held that the practice is whimsical, arbitrary and, therefore, void. Justice Kurian Joseph grounded his decision on this essential question: Since the Quran does not sanction triple talaq, can it be legally right? In culmination, he ruled that the divorce practice is not integral to religion nor can religious practice override fundamental rights. In his view, what is bad in the Holy Quran cannot be good in Shariat and what is bad in theology is also bad in law.

It was left to then Chief Justice of India JS Khehar (with Justice S Abdul Nazeer) to speak for the minority view. Justice Khehar held the practice to be a religious one and also that it was not contrary to public order, morality or health. He then ruled that a religious practice has the same status as constitutionally guaranteed rights, and that courts cannot interfere with them: only the legislature can! That set the ball bouncing back to where it should have stayed in the first place.

I must admit I find this judgment deeply disappointing. To understand Justice Khehar’s logic is above all to understand that he applied not enough of it. In his own words, “Religion is a matter of faith, and not of logic. It is not open to a court to accept an egalitarian approach, over a practice which constitutes an integral part of religion.”

If Raja Rammohan Roy had taken this view, we would have had ladies flinging themselves on funeral pyres. Even more, the idea that personal law has the same status as fundamental rights is, to put it politely, extraordinary jurisprudential creativity! It shouldn’t be that hard to understand that the issue is basically about equal protection of the law.

We live in a society that demands that both the Shani Shingnapur temple in Ahmednagar and the Haji Ali Dargah in Mumbai be opened to women. Indians overwhelmingly now believe women are equal to men and should be treated accordingly.

It’s not every day that the Supreme Court constitutes a five-judge bench to advance the discourse on a contentious legal issue. This judgment was an opportunity especially since India is struggling to contain the excesses of religious fundamentalism. We think a loudspeaker atop a temple or a procession on the street is “religious practice”, thus sanctifying bedlam. We “worship” our cows, creating room for vigilante goons to lynch cattle traders. We need our jurisprudence to take its next substantial step to eliminate religion as an acceptable public practice. In failing to do this, the judgment failed us. That does not mean that the legislature could not fix it. Did it?

A quick examination of this new statute reveals that there are just about four things it tries to do, of which three add value. Thus:

From the narrow perspective of gender justice, there is precious little to show for the judicial time expended by the five-judge bench. Muslim women need to have the same benefits Hindu women do. If the Supreme Court couldn’t deliver complete gender justice without being accused of usurping the legislative function, then it was for the parliament to assume the jurisdiction it always had and do the right thing. In­stead, it has engaged in peripheral symbolism that alters very little.

Cynical as it may sound, I am compelled to draw the conclusion that the political classes have done the most to provide maxim­um fodder to the frothing poison-heads on the idiot box while doing the least to avoid upsetting the delicate balance we call India’s political status quo.