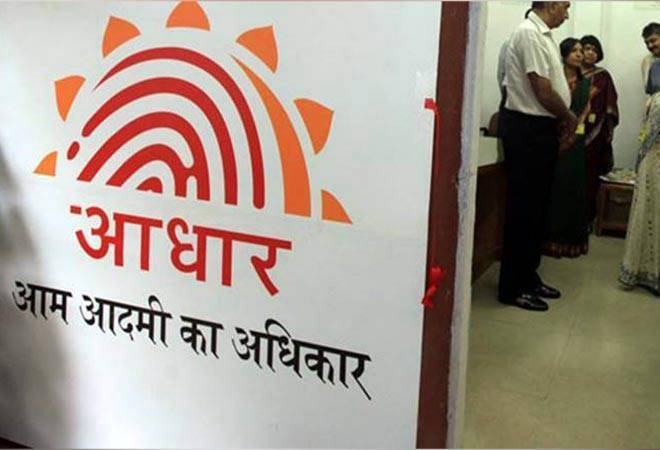 Is your mind and body yours? Adhaar, Privacy and body ownership

When former Attorney General Mukul Rhotagi revealed to the Supreme Court during the hearing of the Adhaar case in May 2017 that Indian Citizens did not own their bodies, social media had a general nervous breakdown. Who needs a cavity search from the local cop anyway? Lost in the cacophony was the central point Rohatgi was making. When the state decides who you are and what you may own; what you may eat, brew, drink and smoke; when you have physical liberty and when you should stay in jail; where you may live and when you are allowed to die, what is this ownership of the body if it’s not a magnificent illusion?

This is no rhetoric. At a very basic level, Indian law takes away the most rudimentary control that any human may hope to have over his own body. Citizens cannot suffocate themselves at the end of a rope but the judicial system is entirely at liberty to do so. Women cannot terminate a pregnancy beyond a point or pick the gender of their babies. You cannot eat what you want (cows and pigs inclusive) and you can’t ingest psychotropic substance because you want to. Our criminal justice is designed such that the mere allegation of a crime recorded in an FIR at the whim of the local SHO is enough to keep a citizen in jail for prolonged periods while investigations proceed at a leisurely pace. How can you possibly claim to own your body when central features of your body – your thumb impression, your iris design or your photograph for instance – are public currency used by the Government to control where you may travel, what you may establish ownership of and what education you may get? Given all these restraints, where does this freedom-and-liberty construct come from?

Blame it on the liberal values imbibed by British educated Indians in the early to mid-twentieth century! Liberalism first became a distinct political movement in the 1700s. John Locke argued that every human has a ‘natural right’ to life, liberty and property. Governments were created by people as a social contract and were not permitted to violate these rights. Liberal ideas supported programs such as equality of all individuals, democracy, secularism, civil rights, and freedom of speech, press, religion, and markets.

Curiously, as the decades ticked by, liberalism equally came to mean it’s opposite i.e. an ever expanding welfare state. How did this happen? It was insidious. Since humans have a right to life, it became the government’s job to take care of each life. Before you knew it, governments came under pressure to feed, clothe and house individuals who then stopped making any attempt to do it for themselves. Socialism, the very antithesis of liberalism, added greatly to this pressure till most modern industrial societies ended up in an amazing state of cognitive dissonance. Thus, all individuals were equal and free yet at the same time, those who had less equal had to be subsidized by those who had more. India was no exception. Today, we have a Constitution which is both liberal democratic and socialistic with only a limited sense of what it stands for. Faced with interpretation issues, courts have  made up logic as they go along based on their intrinsic sense of what is ‘the right thing to do’.

The bigger issue here is that when we peek into our souls, Indians have for thousands of years culturally been anything but liberal democrats. I remember community inter dependence very well from my childhood. Communities came together in good times and bad, supporting each other despite their many differences. My grandfather was remarkably successful as a career bureaucrat under the Maharaja of J&K, with the result that his brother spent a lifetime more or less sponging off him. When my grandfather fell critical ill during the 1918 Influenza epidemic caused by the H1N1 virus, the brother demanded that he buy him a separate house before he died! Indians believed that good fortune is fated and must be shared with the family.

Even today, in my hill home in the poorer part of Jammu and Kashmir, if someone dies, every family shows up at the funeral with a log of wood, it being understood that the family of the deceased can never hope to afford a whole funeral pyre. The commitment to family has traditionally been far greater. The point of this digression is that when it comes to core Indian values, family and community trump the Individual by a mile. We do not own our bodies any more than we own the sweat of our labour: the family does. This is the heart of the argument for arranged marriage. This is also why my mother advised me quite clearly three decades back she had the right to have grandchildren and I better spruce up my act!

I believe this why the courts have in the decades since Independence repeatedly held, albeit with some hiccups, that Indians did not truly have a fundamental right to privacy. Lurking in the back of their minds were perfectly legitimate fears, of which the issues around the Ratan Tata case were a typical example. In 2010, Tata filed a petition in the Supreme Court claiming that the Radia Tapes had invaded his privacy.  It was a difficult case. Ratan Tata may have the right to speak privately to his lobbyist but the subject of the conversation – 2G spectrums – was a common public good and the issue at hand was a scam to defraud the Indian Exchequer. Did Ratan Tata have the right to privacy or did the public have a right to know what conspiracy was being hatched? If Tata’s privacy right was paramount, the police could be prevented from investigating a crime.

This is only the beginning of the issues the digital era have brought upon us. All manner of service providers have access to our information. Is it okay for a bank to give out data of cash balances I hold to the local drug-and-extortion lord in west UP? If that is not okay, how it is okay to link my bank accounts to my Adhaar account and force me by law to disclose my information to an undisclosed private company who has no corresponding statutory obligation to maintain my privacy? Forget Adhaar, what about all the other intrusive investigation that goes on unchecked in our computer and smartphone lives? I find myself invaded most by Google. Last week, I went to Banggood, a Chinese website, to look for LiPo batteries and now find my browser swamped with LiPo battery ads.

It’s not just an internet thing. It’s everywhere. What about hospitals? I hate to think of the day when remote diagnostics will become standard operating procedure, especially for the aged and the immobile. At that point, ‘they’ whoever they are, will own not just my body but my mind too. What about hotels and their ubiquitous CCTV cameras? They know where I live, when I come and go, what I eat, when I bathe and with what soap. It’s the same for airports and shopping malls. You don’t have to be a fan of Jason Bourne movies to see how much surveillance we suffer in our daily lives. This doesn’t mean we shouldn’t worry about Adhaar. It means that we should worry about privacy as a general issue.

There is too a related problem. Privacy laws around the world are built around consent. Citizens may have privacy rights but in agreeing to use any service, they are free to waive their rights. Naturally, internet service providers and others force users to give up every right they possibly can. One body of opinion argues that in using these services, we have made a choice to trade in our privacy rights. I must disagree. To ask citizens to either give up their right to their body and soul or go live in a Himalayan cave without any facility is perverse. Want to live in Gurgaon? Please sign an agreement consenting to a cavity search of your entire family if something is stolen from within 100 meters of your house!

This is the main reason why during the course of the hearing of the Adhaar case, the Supreme Court agreed to constitute a nine member bench to determine whether Indians have a fundamental right to privacy. After considerable deliberation, our apex court has delivered a 550 page judgment in the case of Puttaswami J v UOI [WP(C) 494 of 2012], much of the monumental volume of work being delivered by Justice D.Y.Chandrachud. I am delighted with the decision. It’s a magnum opus. That said, I do ask myself if the work was necessary. The judgment takes a long and very scenic drive along the shores of the ocean of liberal thought starting from Aristotle, through John Stuart Mill, the idea of ‘natural inalienable rights’, to modern day Ronald Dwarkin. The judgment then traces the right to privacy in the Indian context including its international commitments under the Universal Declaration of Human Rights (UDHR) and International Covenant on Civil and Political Rights (ICCPR). Fortified thus, the judgment holds that:

“The interpretation of the Constitution cannot be frozen by its original understanding. The Constitution has evolved and must continuously evolve to meet the aspirations and challenges of the present and the future. This is particularly of relevance in an age where technology reshapes our fundamental understanding of information, knowledge and human relationship”

The judgment then proceeds to decide that:

So there we have it: a formerly unrecognized fundamental right to privacy. Does this mean that privacy can never be invaded? Of course it can, but to do so the court has said, three conditions must be met. First, privacy cannot be encroached without a governing law to justify it. Second, such a law must be reasonable with a legitimate aim. Finally, the means adopted by the law must be proportional to the objects sought to be achieved. This sets the framework in which Adhaar will be tested in the foreseeable future. Since the Union Government has commenced the process of establishing a data protection law already, the court has refrained from doing more.

Do we now have privacy in the way Ratan Tata wanted? Yes and no. We have the jurisprudential framework in which such a fundamental right has been recognized but we are very far from having a hand on a stick citizens can beat privacy violators with should they cross the line. The truth is that for any individual to successfully assert any right in a court of law is a daunting prospect. It takes time, money and will. For all practical purposes, the only way for citizens to have such rights is for the legislature to give us laws that make privacy easily enforceable. Given the cavalier attitude with which successive governments have dealt with the issue so far, I am further than ever from dancing on the ceiling. In my heart, I do still believe that what the Supreme Court has so inalienably given us, the legislature will most certainly try to take away through what they will claim are reasonable exceptions in the public interest. This tension between the executive that wants to control us and the judiciary that wants to liberate us will determine the fate of privacy in the nation, and of its citizens.