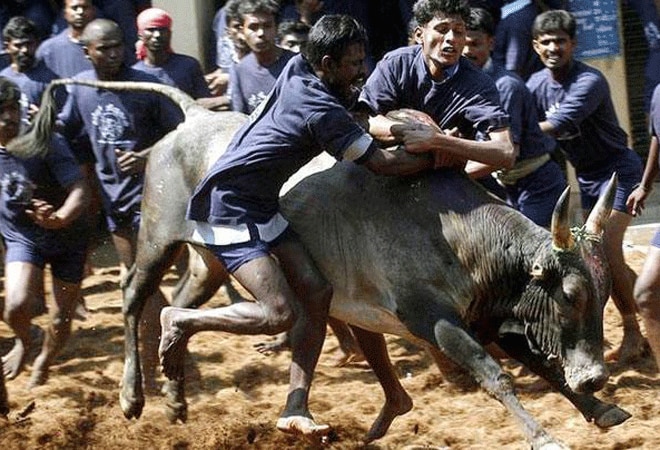 Invisible Elephant in the Court Room

If you live long enough, you come to realize that today’s outrageous is next week’s new normal. Like 18 hour power outages, people can get used to almost anything. Eleven years ago, Praveen Babi, the iconic Bollywood heroine of my generation died leaving much of what she owned to charity. Her trustees sought to probate her will. Relatives who preferred to keep her money (rather than benefit women and children as she wished) challenged the probate action. Last December, the papers reported that the Bombay High Court had granted probate to Praveen Babi’s will after her relatives told the court they did not wish to contest the case any longer. The consumer of justice paid the vendors’ fees for eleven years only to find that the court served the ends of justice by exhausting one consumer leaving the other victor by default.

You can also shrug your shoulders and tell yourself this is only a dead women’s tale with a sting in the tail. But children don’t get treated any better. When a 14 year old Bareilly girl became pregnant after being raped repeatedly, her family petitioned the court to let her terminate the pregnancy even though she was out of time under the Medical Termination of Pregnancy Act. The court responded by footballing the matter off to the Chief Medical Officer, who in turn footballed the matter by ordering a bunch of investigations and neglecting to take a decision within the extended time allowed by the law. In the upshot, institutions manifestly charged with the burden of protecting the young engaged in a series of transaction that ensured that no decision needed taking. It didn’t end there. When she went into labour, the health worker at the local facility refused to deal with this medico-legal case, culminating in her delivering her baby in the back of an ambulance in October 2016.

These are no isolated cases. This system failure is occurring in the backdrop of a justice machine that is all but broken. Not even the 2012 National Court Management Report denies it. More than 22 million cases are now pending in the district courts of which 7.5 million are civil cases. Of these, over 6 million have dragged on for more than 5 years. India has 13 judges per million people even as best practice demands that we have 8 times as many. Our judge strength has gone up 6-fold in the last three decades, even though the case filings have multiplied 12-fold. The report estimates that in the next three decades, the number of new cases filed will increase from 15 to 75 per thousand people. We are falling behind, day on day, yet the judiciary is busy assuming powers in areas where even angels fear to tread.

The bigger problem is that even the systemic failure is not consistently applied across all cases. Let me run some illustrations for you. Naina Sahni was sensationally roasted in the Tandoor murder case in 1995, but her lover was not convicted by the trial court, till 2003 or the conviction confirmed by the High Court till February 2007. Criminal lawyers will tell you that 12 years to get conviction is pretty good going for a headline murder case. The People’s Union for Civil Liberties case demanding the right to vote “None of the Above” was filed in April 2004 and decided in September 2013. Supreme Court lawyers will tell you that this is reasonable going for a PIL of national importance. They will also tell you that commercial cases do a lot worse, even in the face of the speed at which business dynamics play out in the modern world.The Jindal Stainless Ltd case (which upheld Entry Tax imposed by states) was filed in September 2002 and decided in November 11, 2016. It took the court 14 years to determine the final price of steel in India. Bear in mind that Air BnB, Uber, Fitbit, Instagram, and Facebook were only a few of a dozen $10 billion businesses that didn’t exist at all in 2002 when Jindal Steel was filed. Business empires can rise and fall faster than the court can decide whether business should pay a particular tax or not.

So how come it takes seven months to decide who appoints Indian’s top judges while it takes 14 years to decide the price at which steel should be delivered to a consumer? If we want to make in India, do we really want to prioritize the procedure by which a judge will be appointed knowing that no matter who is appointed, he will not decide our case?

I could give you competing narratives in answer to this question. I could say judges prioritize matters that are of grave public importance. That may be, but then, the price of steel is pretty important because unqualifiable potential liability kills business. I could say that judges only decide issues that get boosted up by the frothing heads on prime time news TV, because justice has to be seen to be done for the welfare of the republic. That may well be, but how much do judges really care about ‘public pressure’? I could also say that judges prefer to decide stuff that gets their names into newspapers, after all, they are human. In my heart of hearts, I believe it’s none of the above.

The truth is that law’s delays of all types have a lot to do with the top judiciary’s self-definition of their job description. Consider the core facts. Day on day, the judiciary concerns itself with vexed questions it is not equipped to handle. It can’t stop farmers from burning crops around the National Capital Region, but it is willing to risk bringing economic life to its knees by subtly promoting bans on odd and even number plates. It cannot prevent smoke spewing Jugads (constructed out of trolley mounted diesel engines attached to rudimentary steering axles) from running all over the countryside in rural Haryana, but feels justified in banning cars sporting engines over 2 litres capacity. To add to the Kafkaesque nature of these decisions, it now feels it entirely appropriate to allow the same engines on payment of a completely arbitrary environmental cess that has no bearing on either the vexatious problem or its complex possible solution. Am I entirely unfair in thinking that our judiciary is simply contriving logic, as it goes along without a very good sense of where the limits of its jurisdiction are to be found?

So we have the spectacle of animal rights activists demanding that bulls not be subject to the cruelty inherent in Jallikattu. No one noted that jallikattu annually kills several people but no bulls. You could argue that saving people’s lives is just as sacred but then, where would that leave Harley Davidson? It is laudable that the Supreme Court doesn’t want India to become the accident capital of the world, but is it equipped to understand the implications of a summary ban on “sale of liquor within 500 meters along national and state highways”? Did the court consider where that would leave the Westin or the Trident in Gurgaon, or even the 34 pubs and bars in Cyber Hub? The courts regularly rule against governments for destabilizing business, through arbitrary ill-thought-out actions, but who will issue the remedial writ when the arbitrary boot is on the judicial foot?

This is the heart of the problem. Somewhere in the last 20 years, as India’s institution structure has come under ever greater attack from the deteriorating political environment, we have developed a blind faith in the judiciary’s ability to deliver us from every conceivable evil, whether or not it has the skill to do so. In the upshot, the judiciary has stopped acting pragmatically – i.e. matching ambitions to resources – but has instead proceeded to redefine itself as an all-purpose solution provider. Thus, an institution designed to pragmatically enforce the rule of law, and keep the wheels of social and commercial life turning with minimal conflict and friction, has lost focus on its core job. It has instead reinvented itself as a philosophical force of moral authority engaged in social engineering determined to propel India into a brave new post-modern world of its own conception. This is akin to working on the basis that to win a 100 meters sprint it is not necessary to be able to walk first. If religion can be properly defined as a system of faith and worship of the superhuman, Indian courts of law have now rapidly transformed themselves into a church worshipping an egotistical God called justice. That is the real invisible elephant in the court room.