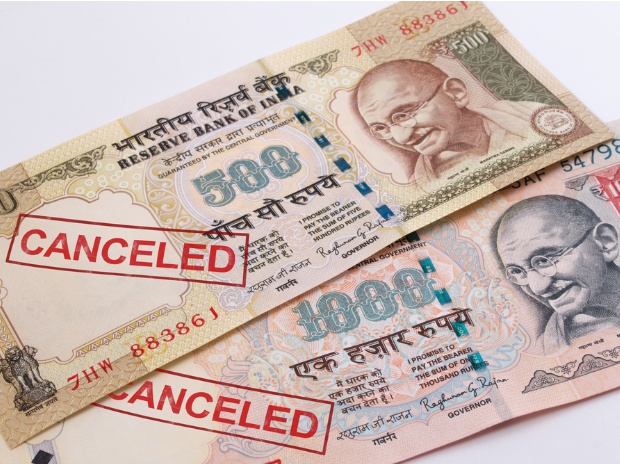 While uncertainty is central to the human condition, it takes on a whole different meaning when you find your hard earned wealth go up in a puff of demonetised smoke! Life is doubtless an illusion, but does that really include cash in hand? I am afraid it does.

Article 246, Union List, Entry 36 to 38 of our Constitution vests power on the Union of India to regulate currency and prescribe what is ‘legal tender’. Legal tender is a holy cow. If I owe you money and I offer you legal tender, you can’t say I won’t take the currency notes, but would rather be paid in, say, cartons of cigarettes! The legislature has in turn given to RBI the sole right to issue paper currency in India. Section 26(2) of RBI Act also empowers the Central government to notify that from any particular date, any series of bank notes of any denomination will cease to be legal tender. Legally speaking, what the RBI prints, the government can take away, no questions asked.

This action does raise two interesting questions, though. First, the old notes are demonetised; they are not counterfeit. You are not obliged to accept old notes any longer, but if you decide to do so, what grievance can the government have? We are a country starved of liquidity. So long as banks accept and exchange old notes, it makes sense to keep passing them around in payment. This is why many small businesses are still accepting them, including especially the succession of upwardly mobile dhabas-turned-hep in the market below my office. For them, it’s a choice between accepting old notes and shutting down. Will the tax boys have a problem with these restaurants? I would expect not. So long as they bank the money and pass it through their account, where is the tax evasion?

Which takes us to the second question: Where is the law that prevents you from handling, doling out, wearing, rolling joints in or making toilet paper of old demonetised notes? Maybe you are an old currency note collector! If the police catch you on the Haryana border with a stash of old cash, what law have you broken? Yes they can ask you where you got these pretty pieces of paper from but surely, that is only an invitation to you to come up with an inventive story about going around your colony collecting one Rs 500 note from everyone till it added up to… well, 20 crores! Perhaps it’s worthwhile to suffer the short-term police harassment so that you may enjoy the long-term celebrity you will doubtless eventually come to have. By the same logic, what prevents you from making a wallpaper of your old financial vanities and papering over a whole room in your penthouse with old Rs 1,000 notes?

There is, too, a larger question to deal with. If you can’t store your wealth in cash, how should you store it? Does gold do it? The good news is that our Constitution does not have anything to say about Parliament’s power to mess around with your cache of gold under your bed. The bad news is that this Constitutional void did not stop Morarji Desai from bringing the Gold Control Act in 1968. How did he do it? Believe it or not, Parliament exercised powers granted by the Constitution under entry 52 of the Union list (Industries), entry 27 of the state list (trade and commerce) and entry 33 of the concurrent list (products of any industries)! It was a law ripe for constitution challenge and goldsmiths rose to the occasion. In Harakchand Ratanchand Banthia v. Union of India [(1970) 1 SCR 479), a five judge bench of the Supreme Court ruled that ornament making was a “process of systematic production” and so, was properly an “industry”! The court did strike down some of the more draconian ‘inspector raj’ powers assumed by the government, but this only encouraged Parliament to amend the Gold Control Act, which in turn was challenged with less success. Eventually, the law was withdrawn, but this does not mean the government will not carry out the Prime Minister’s veiled threats and bring it back next year. Gold may be a great hedge against financial collapse, but it exists only because, and for so long as, the government lets it exist.

How then are we to store our wealth? Real estate is usually touted as the metaphorical third leg of the black money grease ball stool, but is it everything it is cranked up to be? Regrettably, no. To begin with, we need to accept that Indians do not have a fundamental right to property anymore. As enacted, the Constitution did have it but this led to acrimonious exchanges between Parliament and the Judiciary. Most of these controversies centred on the government’s power to acquire private land and be compelled to pay for it. Parliament amended the Constitution at least six times to nullify the effect of Supreme Court judgements, and eventually repealed the fundamental right in 1978. As the position now stands, such rights as a citizen possesses to his property are contained in Article 300A, which merely provides that no man can be deprived of his property except by authority of law.

The state of the art in ‘authority of law’ is the Right to Fair Compensation and Transparency in Land Acquisition, Rehabilitation and Resettlement Act, 2013. This limits the government’s ability to acquire private land, and forces it to pay for what it acquires almost immediately. You can argue that a growing economy can never build infrastructure when hobbled with laws such as this. The scale will doubtless tip the other way sooner rather than later, but at least you will receive some money for the land that is snatched from you.

The bottom line is that any government determined to beggar you will always have the authority of law to do so. Still, wealth is better stored one way than another. Any value embedded in currency notes can disappear in a flash. Gold will not disappear so to speak, but government can force you to cough it up and flush it down the tubes into the bottomless pits of government coffers, leaving you with worthless receipts too tasteless to eat. Besides, they will still ask you to explain where you got your gold from. This puts real estate in the best possible place of all three. Government can take it away, but it has to pay something for it even if it’s not everything you paid for it. Real estate may be maya like everything else, but even in the face of the most determined government, it is unique in its ability of being fungible into other kinds of maya!